We will do our best to accommodate your busy schedule. Schedule an appointment today! 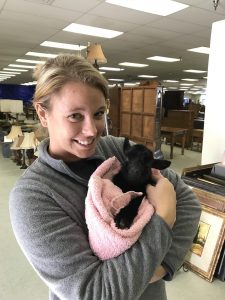 Stephanie grew up in Florida riding and showing horses since the age of four. After graduating high school, she attended Florida State University and Northwest Florida State College majoring in accounting. In 2010 she met her husband Mike, who is active duty in the United States Marine Corps. The military then moved them from Florida to North Carolina after Mike completed specialty training.

Once in North Carolina, she became a licensed insurance agent working for Nationwide and State Farm. In September of 2015 Stephanie left the insurance world to become the office manager for Eastern Equine Associates and has not looked back. In her spare-time she trains and actively competes on her horses. She also loves spending time with her husband, five dogs, three cats, three horses, and one wonderful donkey. She lives a very busy life but would not change a thing about it!